I’ve been meaning to write a post for some time and have come to the conclusion that I’m an awful blogger. Most of the time I don’t think I have anything nice or earth-shattering to say, so I stay quiet, which isn’t the blogger thing to do.

Thing is, my friend, writer, and editor Stacia posted this wonderful entry on her bog titled When they’re dull as dirt: Thoughts on casting characters about using actors in the character development process. It’s a technique I use a lot since it helps me give each character the three-dimensionality they need (I’m the friend that sent her the document with my dream cast, which, as of now, has 28 characters in it).

I must confess it’s an exercise that makes me feel guilty about “using” these people for my convenience (I wrote about that here). Do their ears ring all the time because of me? I don’t think so, but still. They don’t have to be exact matches, even a single trait can help you solidify a character enough to make him or her pop out of the page. A beautiful post about it is Susan Rutherford’s ‘Hearing Voices’ for Park Theatre’s blog where she talks about how an actor’s voice helped her shape a character that refused to come out of the page:

I went to a reading, met the actors, and the voice of one of them stuck in my head.  Suddenly that lifeless character started to breathe.  It’s not that my character is similar to any of those I saw that night, nor is that particular actor necessarily suitable for the role; but there was something about him that seemed to give my man a gentle kick up the arse.

My closest friends know there are actors and actresses that have recurrent roles through my works. They also know I’ll die of embarrassment if I ever met them (the things I put them through some times!). That’s why I prefer to use actors and not Tuckerization, I mean, I can kill off a character based on an actor’s performance and he or she won’t come knocking down my door asking me why I did that to them; friends or family, on the other hand, won’t let me live with it.

“When I read I make myself a film in my head. It’s the writer’s job to make that process as easy as possible – so readers are almost eavesdropping these people, seeing the locations, smelling the coffee if you like. Viva la Madness flows like a film. And has snap edits like a film. There’s a lot of “cut to” involved. Lots of flashback and different aspects of the same story told from different points of view. It has captions and timelines. Writers nowadays have borrowed these techniques from film.”

We read and simultaneously see the movie of what’s happening in our heads; the same goes for writing, you see it in your head as your fingers hit the keys on your computer.

Writer friend Todd Keisling talks about this in his Up and Coming Interview with In Ear Entertainment, saying his writing is very cinematic. And given the fact that new generations have shorter attention spans and very active imaginations, I believe it’s something good. I don’t want to compare my writing to Todd’s because I can’t bring myself to look him in the eye after reading his work. He’s amazing and if you haven’t read his books then shame on you. But I want to think my writing as cinematic also (I was told this once by an English professor) and that it engages the reader as a film would. I often get that ‘I read it in one sitting’ or ‘I couldn’t put it down once I started’ from people that have read my work and it makes me happy.

In an interview with Stacey Cochran and RJ Keller in Book Chatter, the subject of my writing process came up and my answer still makes me think I may have sounded a little crazy. Anyway, when I was little I wanted to be an actress. Even when writing was always there, the first things I wrote were short stories and screenplays. Screenplays because I wanted to be able to write the character and play it. Oh, and also direct it, but that wasn’t my main goal back then. What I learned from that was to take on the dialogues for what they are: dialogue, meant to be said by someone. Since then, most of the time when I sit down to write I’ve already acted the whole thing as if I were in the movie. I shout at my walls a lot, thank god they don’t shout back.

Where do the actors come in, then? Well, I can’t play all the characters, can I? And having a solid reference for each character does wonders for this process. You have no idea the actors I’ve “worked” with in my head and how that mental interaction has helped me with writing stuff that doesn’t sound like coming out of a robot’s speaker.

It may also be the reason that will get me locked up in a padded cell later in life. But psychological distress while writing is another topic I promise I’ll write about on some other occasion.

The important thing here would be not to get too attached to those actors you envision playing your characters in case it gets picked up by some production company and they cast other people for the parts. Writers don’t have a saying in that and you have to be able to let go. Yeah, yeah, I know that most see this as wishful thinking, but a girl can dream, right?

Now go on, come up with your dream cast and make ’em proud. 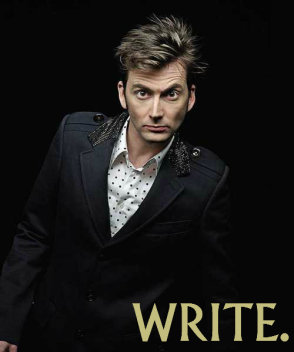 Learn about new releases before anyone else!

At the Corner of Mars and Neptune